I’ve taken to watching recorded episodes of Oprah. Her talk show may have ended after 25 years but the re-runs live on. A cynical reviewer observed of her new TV network, that even her documentaries focus on triumph and redemption “person survives impossibly bad life journey and lives to tell the tale, better and stronger than before”. So what’s wrong with that? The cynical reviewer has obviously never found himself in a situation he felt he could not endure.

As I stagger home from work each day, I know I am losing this battle. This condition takes no prisoners. It defies diagnosis and when it deteriorates, it plummets.

Half the symptoms are physical, half mental. It is the latter than terrify me. I have been here before and know the sinking feeling of footsteps in the hallway. The demons sneer and snigger as they greet me, like a child molester coming for a fix. As the door opens I raise my hand in protest and scream  No!  No one touches me without my permission!  Yet I am powerless as those demons have their way with me.

I spend hours at work when I cannot work. The simplest task takes forever as my brain stops, starts and stalls. I can’t process what people say to me without paper and pen in hand to force my brain to focus on their words and extract their meaning. Slow down, I can’t understand you!   I scream inwardly as I try to record the words on paper so they will make sense. I brilliantly fake it and wait for the fog to lift long enough to get the work done, making up time in the evenings and weekends. But I am never free of the tears, the racing thoughts and the rage. I am in the grip of monsters that I hide from the world as we wrestle until the bitter end.

All I can do is count down to the next FMT. But one donor has tested unsuitable and I’m still waiting for final tests for the other. The outcome is two long weeks away.

As I sit here typing I realise that my grasp of the written word is one of the few things that allows me to impose structure on my frenzied, addled brain. It takes hours to get them right, but the words that appear on the page remind me that I still exist, that I am stil the person I think I am.

Then there are the emails from others in the same desperate, sinking boat.

Thank you for putting into words how a gut full of streptococcus feels.

His words remind me that not only do I still exist, but I am not alone.

Each morning I wake flooded in apprehension. Within 15 minutes I have donned my attire of self discipline, iron will , tenacity and determination. Each night I collapse into bed, unload the tears, flick on Oprah for an hour of survival-against-the-odds from people-worse-off-than-me. I too have survived another day and gratefully surrender to the embrace of sleep.

Got a gut riddled with strep and need cheering up? You’re not alone. This song was written by a 23 year old with a gut full of strep and a musical career on hold.  Listen to It’s Alright by Ren Gill. 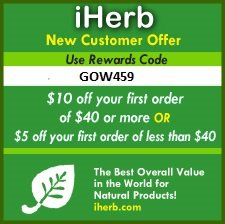 All disease begins in the gut.
- Hippocrates

FMT in the News

Why Would Anyone Get a Fecal Transplant? Watch a Brother and Sister Explain.

OpenBiome Give a Sh!t Campaign

George Carlin on Fear of Germs

The Universe Inside You

The Invisible Universe Within